5 Books That Should be Adapted for Motion Pictures

We all know some wonderful scripts and blockbusters have been a product of Novel Adaptations. As difficult as it is, to create a 2 to 3 hours movie out of a full length novel, yet it is books that have always inspired movie makers to bring stories onscreen. Some are successful, others don’t do justice entirely to the literary product; Nonetheless it is always exciting to see books turned into movies. Being an ardent reader myself, I have come across these few books which I feel, would inspire some wonderful movie scripts. 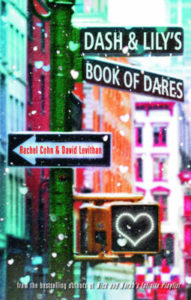 This is frankly the kind of book which if adapted as a movie, will be a Christmas treat. Snuggled up in our blankets with hot chocolate in our hands as it snows outside, it will be a perfect movie to watch. Dash finds a red notebook

The director behind Black Panther: Wakanda Forever has shared a heartfelt letter thanking fans for their support.

Black Panther: Wakanda Forever continues ruling the box office as it heads into its third weekend in theaters. With the Marvel Studios movie looking to once again earn the number one spot during Thanksgiving, Ryan Coogler has responded to its success with a letter of gratitude on social media.

Two years after the release of Black Panther and T’Challa’s return in Avengers: Infinity War and its follow-up Endgame, Chadwick Boseman, the actor behind the fan-favorite character, passed away at the age of 43, following a four-year battle with colon cancer. Marvel made

The Hollywood Reporter has revealed that Yann Demange has signed on to direct the Marvel Studios feature Blade, replacing Bassam Tariq. Mahershala Ali is attached to play the titular vampire hunter.

Yann Demange is best known for directing the 2014 historical action thriller ’71 and the 2018 crime drama White Boy Rick. He also directed the pilot of the HBO series Lovecraft Country.

Meanwhile, Michael Starrbury has also been hired to write a fresh script for Blade. THR mentions that Mahershala Ali was personally involved in selecting Starrbury, who earned an Emmy nomination for his work on the Ava DuVernay miniseries When They See Us.

Prior to the overhaul, Blade featured a cast that also included Delroy Lindo, Aaron Pierre and Milan Ray. It’s unclear if the actors are still attached to the project now that things