The Wind Will Carry Us (1999): The Beauty of Mundanity

The wind will carry us is a 1999 Persian drama directed by Abbas Kiarostami. It is a visual meditation on the depths of life and death portrayed through a simple plot. Kiarostami emphasizes the beauty of mundanity in a primitive lifestyle. The film starts with the end of the journey of its protagonist as he reaches his destination (a Kurdish village alien to the complexities of modern life). The filmmaker came to the place with his unseen companions to capture a death ritual. He disguised himself as an engineer in front of the local people.

Surprisingly, none of the characters’ names get revealed throughout the film. The essence of the story lies in a lack of plotline. Everyone is just moving along with their daily routine. Life seems as beautiful and content as it looks. The Engineer is a spectator like us who came with a purpose to shoot a death ritual which gradually gets delayed. He meets new people in the process and gets to know about their humble yet gratified life. 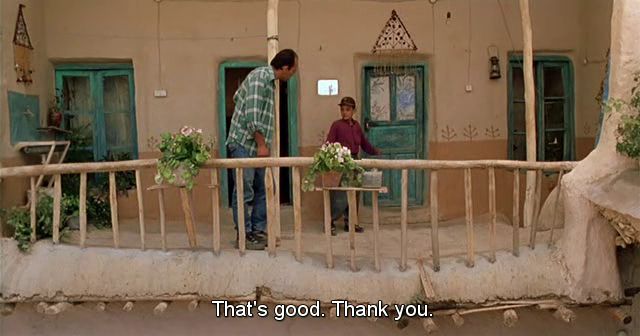 Though there is no basic plot, the engineer’s conversations with the local people from the sweet small tour boy, a feisty shop lady, the unseen hillside digger, a pregnant woman, the digger’s unseen girlfriend, and the local doctor make the journey full of meaningful human connections. Thus, the destination becomes a journey in itself. Abbas Kiarostami and Majid Majidi are pioneers of bringing Iranian cinema to the international forefront. There is a common resentment for modernity and capitalism. Their love for countryside life is quite prevalent.

It celebrates the quintessence of being present in the movement. Kiarostami subtly comments on mans’ ignorance of the god-gifted heaven who is busy making it a dull labyrinthine archaic world. His gratuitous attempt to be entangled in the convoluted problems of modern capitalism when he can merely sustain a peaceful primitive life. The protagonist tries to make a call to his superior throughout the film but fails due to network problems which is a metaphor for the enslavement of the human race to the complexities of technology. 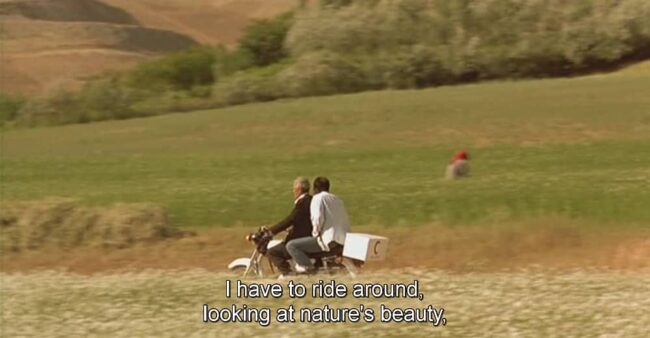 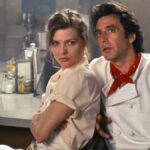 It mediates on the lyrical poetry of nature and generates our belief in kind-hearted people. There is enigmatic energy in each character that the protagonist comes across during his stay in the village. Some of the characters are not physically visible as the engineer converses to them through natural barriers. Kiarostami leaves it to the imagination of the engineer and the audience.  For instance, the girl conversing through the shadows of an underground dark cow stable and the pit digger talking through a man-made hole while digging for ongoing construction.

Kiarostami has a more minimalistic way of showing faith, spirituality, and humanity in his films. The motive of the engineer does not go as per his plans. The old lady who was about to die in a few days lives longer than expected. It forces him to stay two more weeks. Thus, reminding us of our lack of control over life and death. Even a man’s evolutionary brilliance cannot manipulate the mysteries of life. Kiarostami constantly distracts us with nature’s enchanting beauty signifying that we may already live in heaven as we have not seen the other side of the world.