During a recent appearance on the Empire Film Podcast, Hugh Jackman opened up about getting back in superhero shape to reprise his role as Wolverine for Deadpool 3, which is currently in the works at Marvel Studios. The Australian actor, who is once again training heavy at 54, also teased that Deadpool and Wolverine hate each other in the threequel, which begins filming next year.

“I’m doing eight shows a week right now, so I’m only lifting weights three times a week,” Jackman told the folks at the Empire Film Podcast, explaing how his work on The Music Man on Broadway is making his Wolverine return more difficult this time around. “I’ll be getting into it once or twice a day as soon as this is done in a month. And I’ll have six months to prep, and I

Earlier this year, Mary Elizabeth Winstead joined the cast of the Disney Plus series Ahsoka in an undisclosed role. Now, Bespin Bulletin reports that the actress is playing a live-action version of the Star Wars Rebels character Hera Syndulla in the upcoming series.

The first official footage from Ahsoka was revealed in a recent promotional spot for the Disney Plus streaming service. The sneak peek gave fans a first look at the return of Rosario Dawson’s Ahsoka Tano after her last appearance in The Book of Boba Fett.

More footage from Ahsoka was shown during the recent Mandalorian panel at Star Wars Celebration in Anaheim, California. The sizzle reel, which has not been released online, opened with Ahsoka in a ship before teasing the live-action debut of Hera Syndulla and the droid Huyang. It ended

‘The Mandalorian’ Season 3 Gets An Official Synopsis

Disney Plus has revealed an official synopsis for the third season of The Mandalorian.

Din Djarin and Grogu are back in the third season of The Mandalorian, which is currently slated to premiere in March 2023 on the Disney Plus streaming service. Though details about their return are being kept under lock and key, as with most Star Wars projects, Star Wars News Net has stumbled upon a synopsis for the upcoming season.

“The journeys of the Mandalorian through the Star Wars galaxy continue,” reads the season three synopsis. “Once a lone bounty hunter, Din Djarin has reunited with Grogu. Meanwhile, the New Republic struggles to lead the galaxy away from its dark history. The Mandalorian will cross paths with old allies and make new enemies as he and Grogu continue their journey together.”

During an appearance at Brazil’s CCXP, The Mandalorian creator Jon Favreau opened up about

Dwayne Johnson’s Black Adam could have made his return in Ezra Miller’s The Flash movie.

Heroic Hollywood owner Umberto Gonzalez has revealed that Dwayne Johnson’s Seven Bucks Productions partner Hiram Garcia was approached about a potential Black Adam apperance in The Flash. Garcia is said to have politely turned down the offer after The Rock also passed on a Shazam! Fury of the Gods cameo.

Last night, Dwayne Johnson announced that Black Adam won’t be a part of James Gunn and Peter Safran’s DC Universe plans, marking the end of his time as the character, at least for the time being. In a message shared on his official social media accounts, Johnson teased that Black Adam could come back at some point thanks to the storytelling opportunities of DC’s multiverse.

A recent report revealed that Warner Bros. Discovery already has a script for a potential sequel to The Flash

Movies are visual treat to eyes. It is a perfect combination of optical phantom of ceaseless gesticulation. The sole aim of films are providing Entertainment. There are ample things to it that one can comprehend. Behind this flawless portrayal of art there are Gigantic bunch of zealous people.

Bollywood is one of the enormous Film industry across the world. It is a genre of Grandiose assemblage of trifles. Some of the bollywood films has given various trademark styles of narratives.

So let us explore some of the un-divulged details of “Cinema”.

“Mughal-e-Azam” (1960) was shot triple times in languages of  Hindi, Tamil and English. 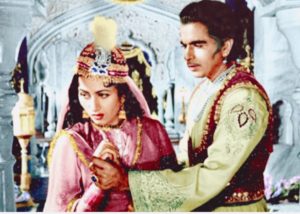 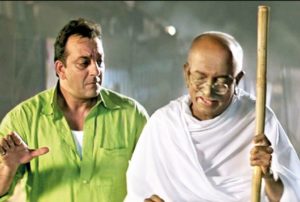